We observed a decrease in financial acquisitions during the second half of 2008, even though overall activity in the market as a whole remained solid throughout the year. The industry ended the year on a strong note – Q4 2008 was more active in terms of deal volume than it had been for the previous 5 years.

A notable trend for 2008 is that while the aggregate value of the industry’s top 10 deals and the ratio of transaction value/volume decreased from previous years, we observed an increase in 2008 median enterprise value. This suggests an overall increase in buyer selectivity as well as increasing activity and interest in the middle market.

We expect to see continued deal activity in the pharma and healthcare information and technology markets. These markets are less impacted by the economic downturn and may benefit from increased interest in healthcare. 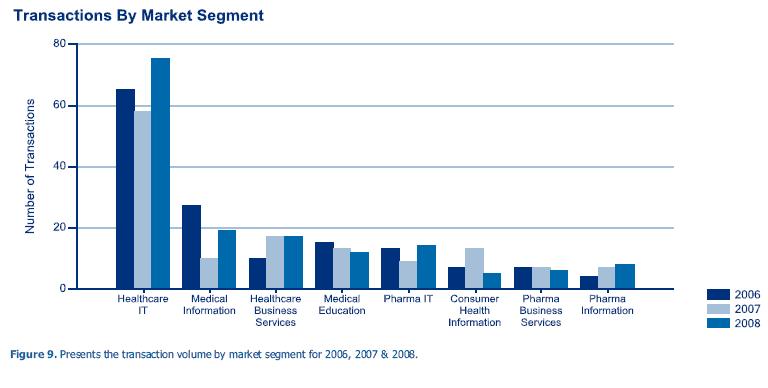 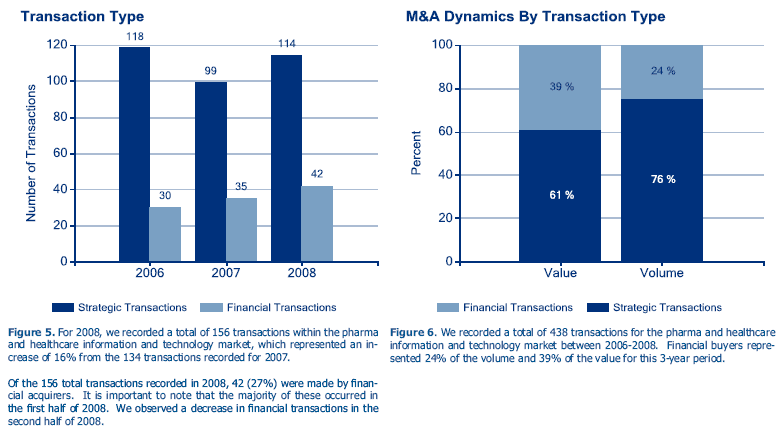 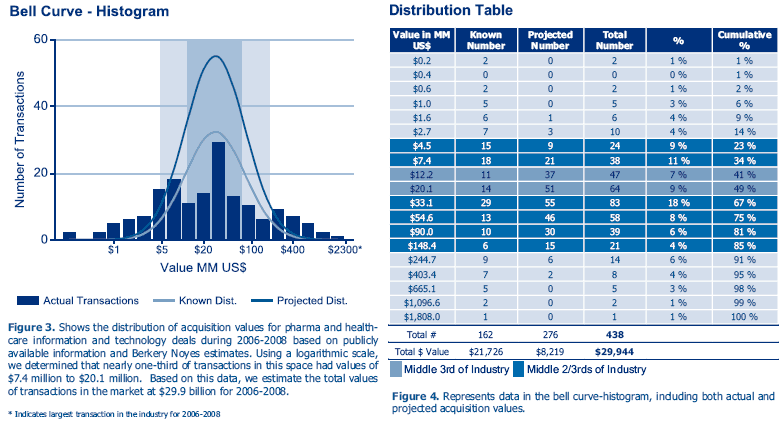 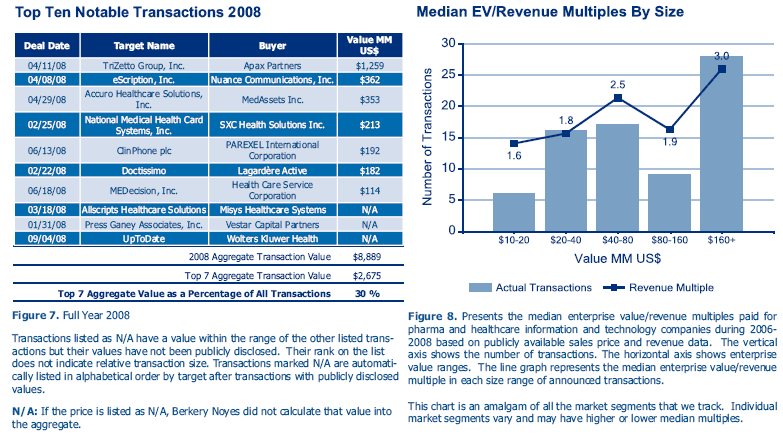