Despite a brutal market sell-off, the failure of more than a few financial institutions and the onset of a sharp recession, M&A activity in the Financial Technology and Information industry held steady throughout the 4th qtr and 2008 as a whole; at least in terms of the number of transactions closed. As anticipated, we saw a steep drop throughout the year, but especially in the 4th quarter, of the large, levered transactions which came to typify much of the M&A landscape the previous few years. We have already begun to see transactions where the Buyer is strategic and the size and scope of the deal are decidedly "tactical" in nature and would expect continued acceleration of that. As risk aversion continues among Buyers, these types of deals will tend to proliferate as they carry a lower risk factor than larger deals. We expect M&A activity to be most active among such niches as Risk/Compliance, Data/Content and Services. 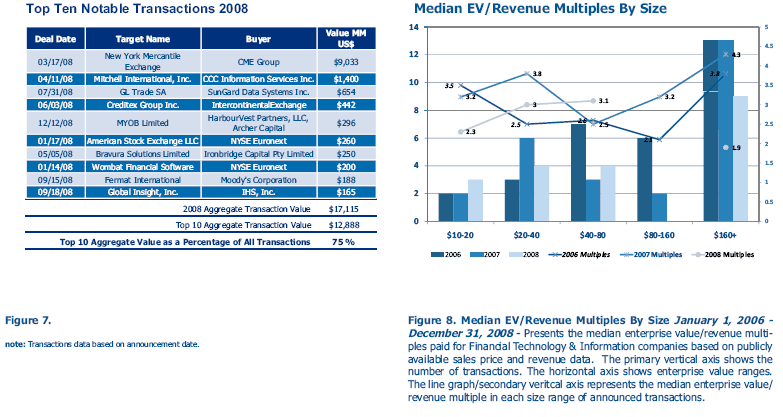 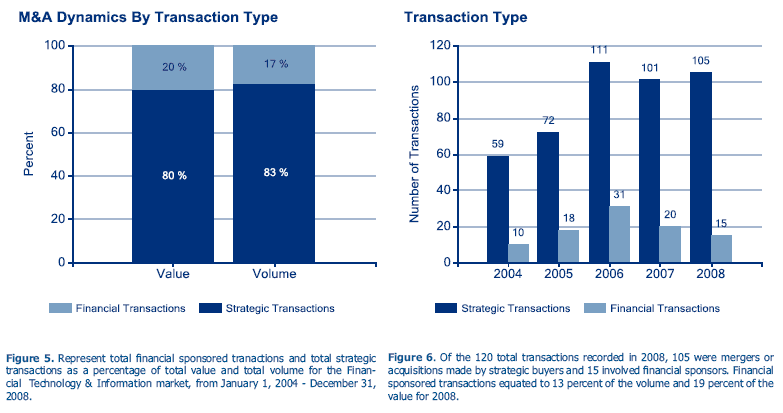 Number of Transactions by Market Segment 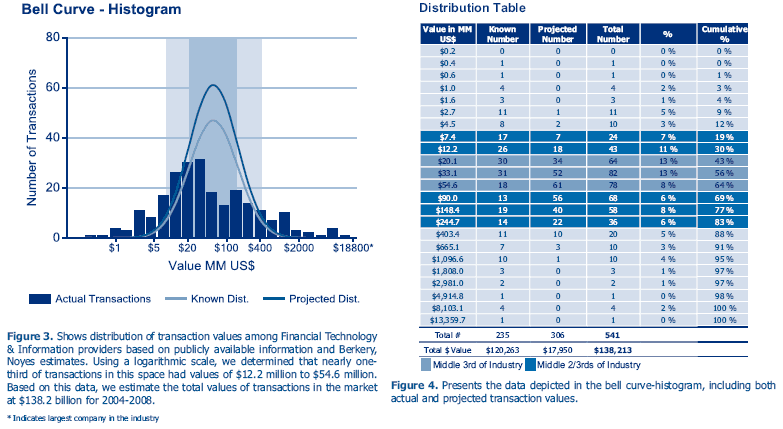