The largest transaction in 1st Half 2011 was Microsoft Corporation’s announced acquisition of Skype Technologies SA, from an investor group lead by Silver Lake Partners, for $9.08 billion.

The most active acquirer over the past two and a half years was Google, Inc., which made 39 transactions.

Disclosed median enterprise value multiples between 2009 and 1st Half 2011 for all segments combined in this report were 11.44 times EBITDA and 1.80 times revenue. 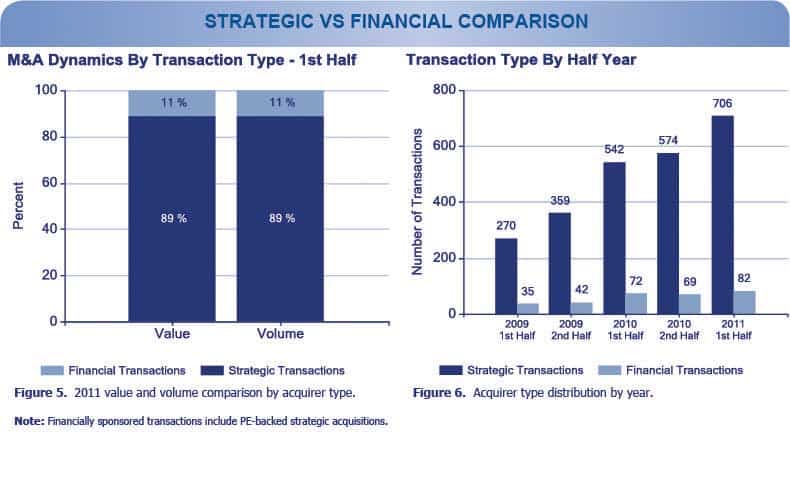 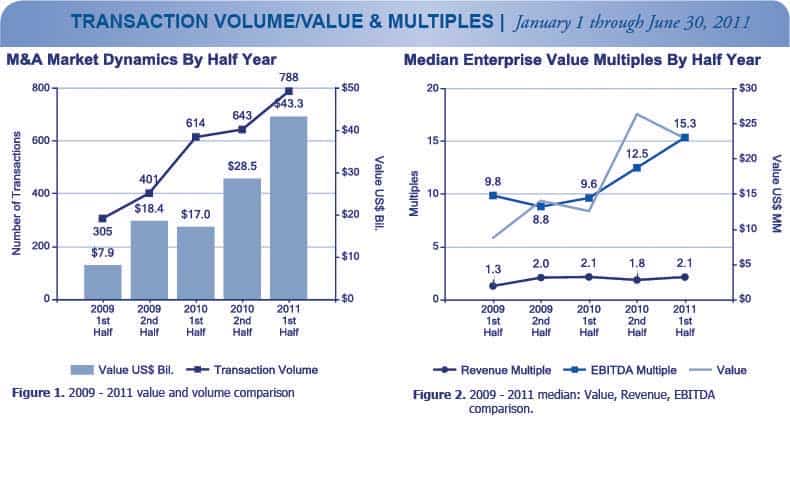 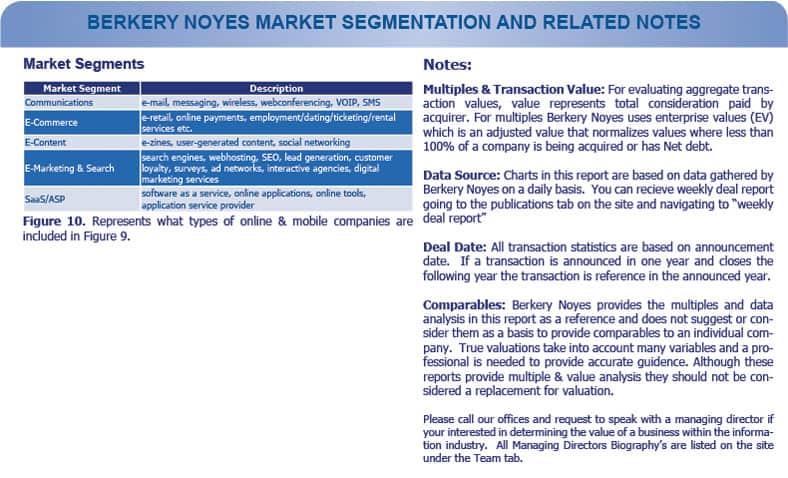 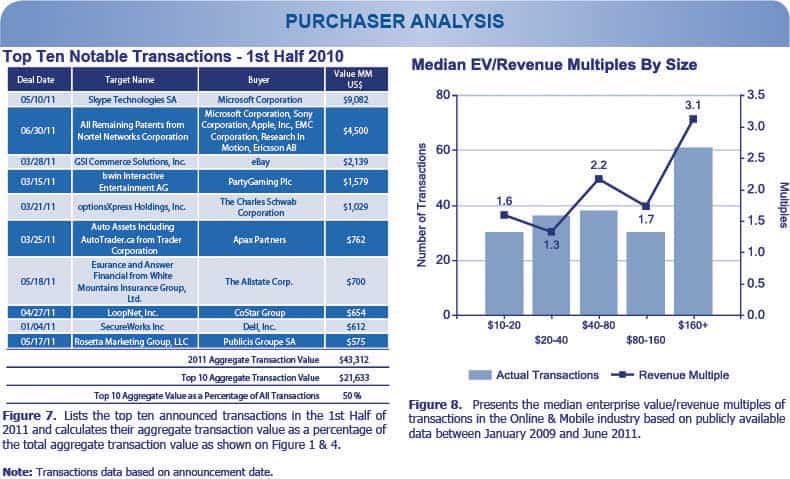 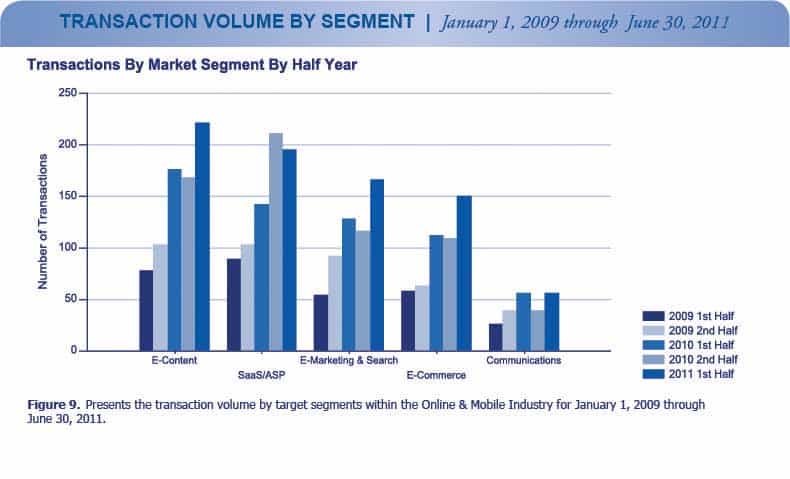 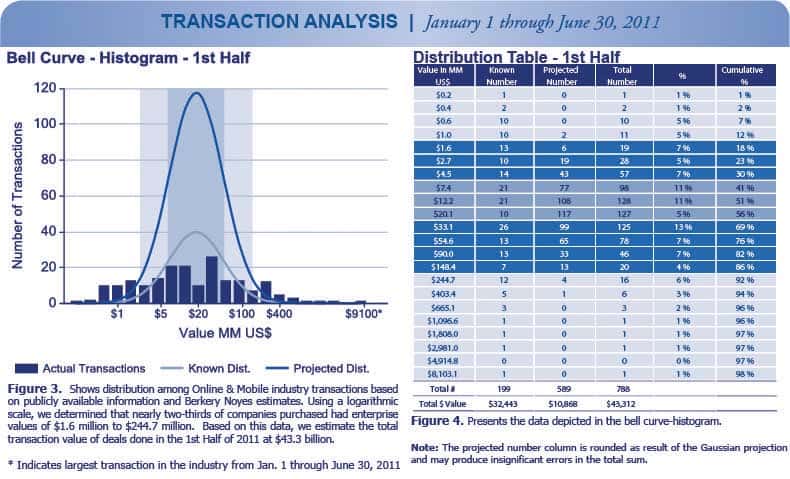