eBay acquired GSI Commerce Solutions, Inc. for $2.14 billion in the largest online transaction of Q1 2011. This was their second largest purchase, bested only by their 2005 purchase of Skype, Inc. for $2.6 billion, a property they sold for just over $2 billion in 2009. Both the E-Commerce and E-Content segments were well represented in the Top Ten Notable Transactions, with five and four transactions, respectively.

This prominence in the top 10 transactions is mirrored by the quarter gains seen in both segments, a 30 percent increase in E-Commerce transactions in Q1 2011 over Q4 2010.

So too was there an increase in E-Content transactions, with a 44 percent gain in Q1 2011 over Q4 2010. This was bolstered by Aol, Inc., the most active acquirer in Q1 2011, making four transactions within the E-Content segment: About.me, Inc., Outside.in, The Huffington Post and GoViral. 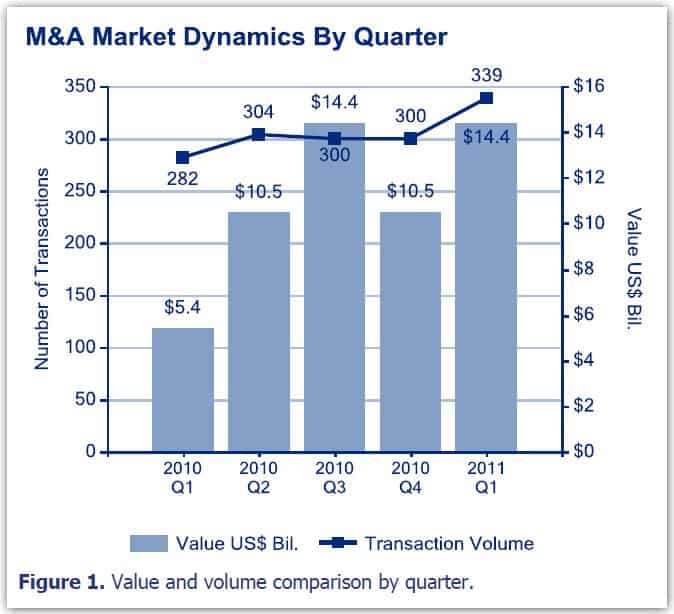 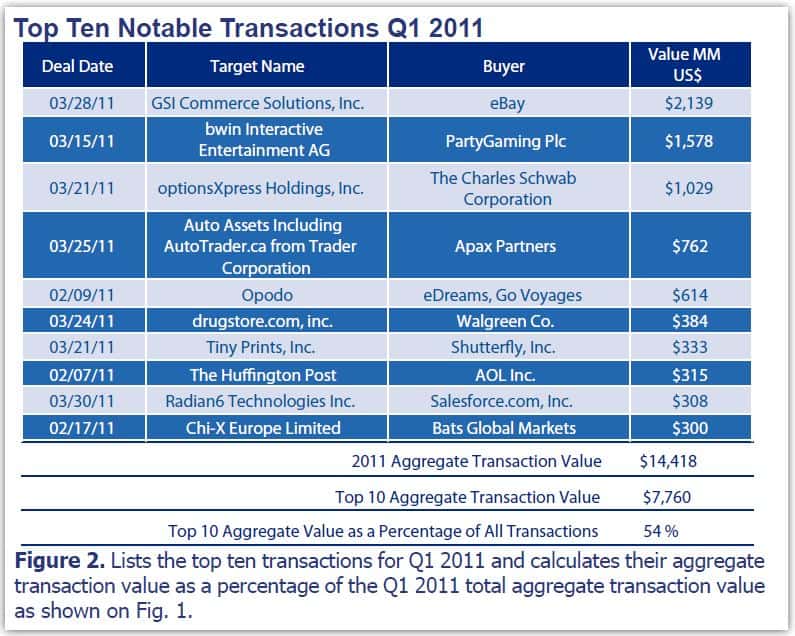 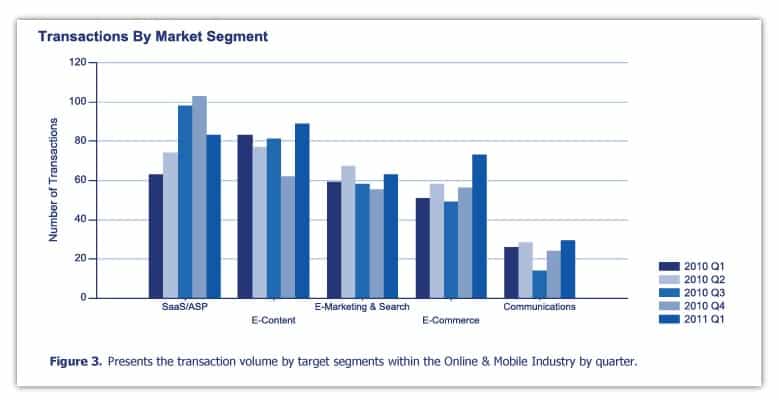