The largest transaction by value between 2008 and 1st Half 2010 was Bain Capital’s acquisiton of Bright Horizons Family Solutions for $1.33 billion.

The most active buyer the past 30 months was The Riverside Company with 9 transactions within the Education industry. 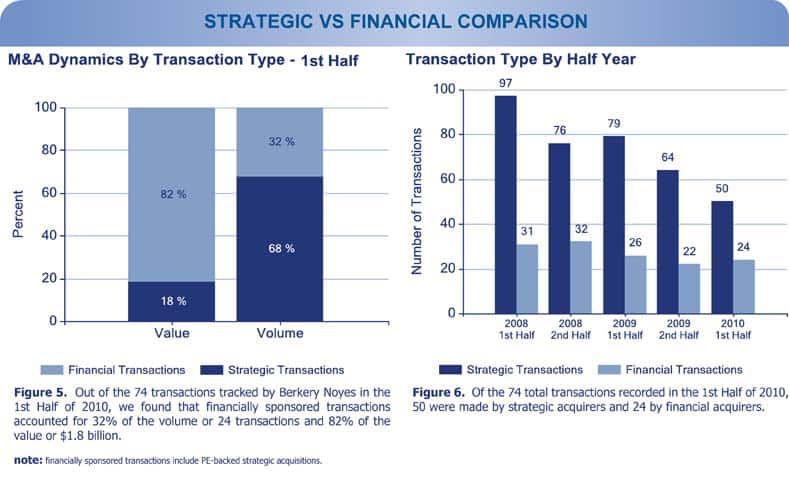 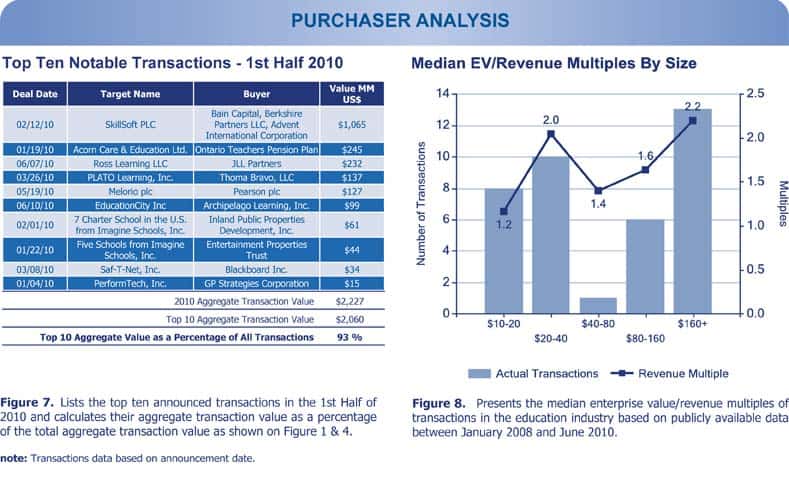 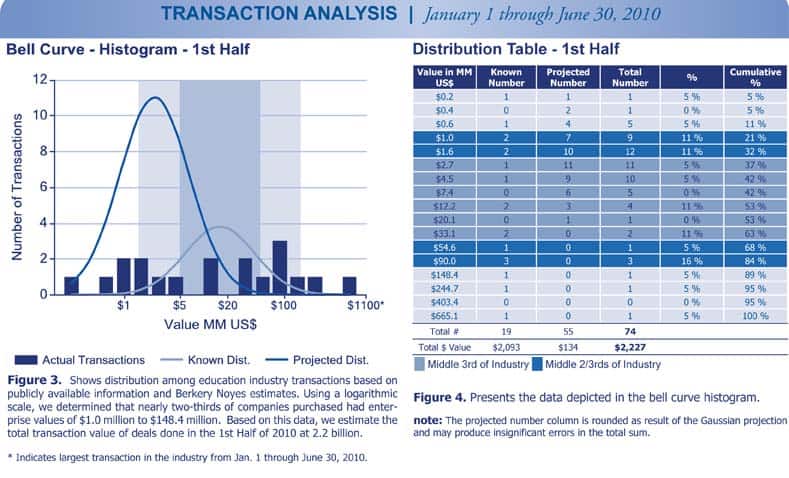 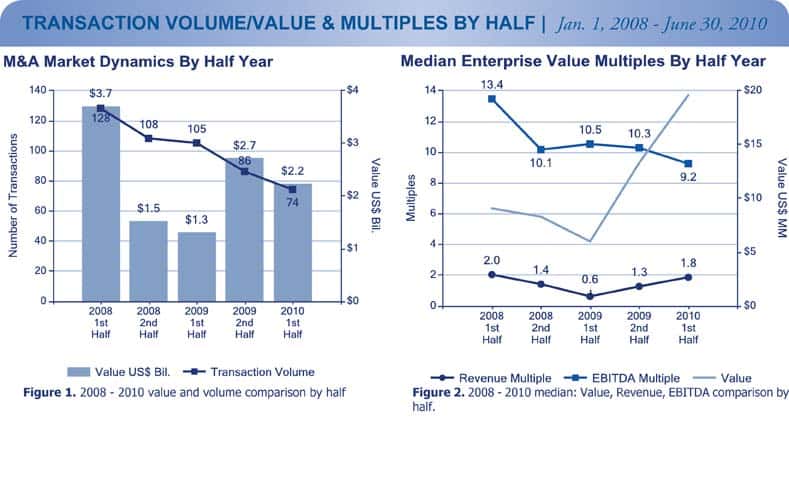 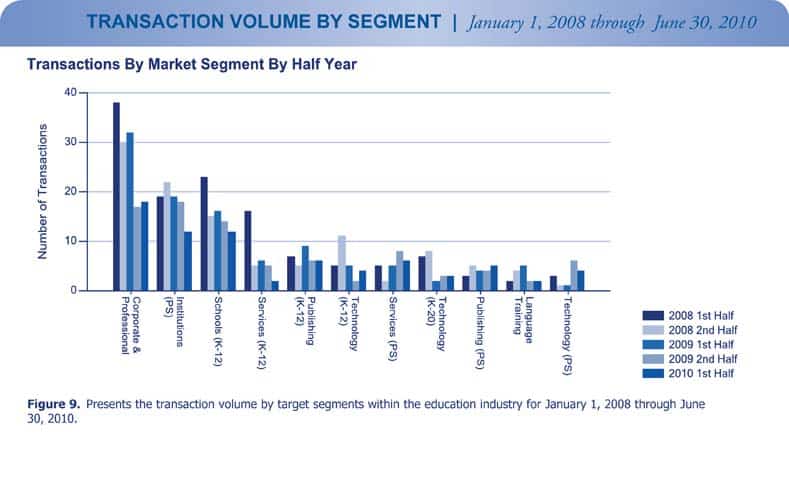