Large, active financial buyers have focused their acquisitions on adding to existing portfolio companies rather than the acquisition of new, stand alone investments. Over 80 percent of their transactions have been incorporated into existing investments, where across the acquisition landscape in the information industry, the number has been closer to 60 percent.

Berkery Noyes determined that the nearly one-third of companies sold between 2007 and 2010 received transaction values between $12 million to $90 million. 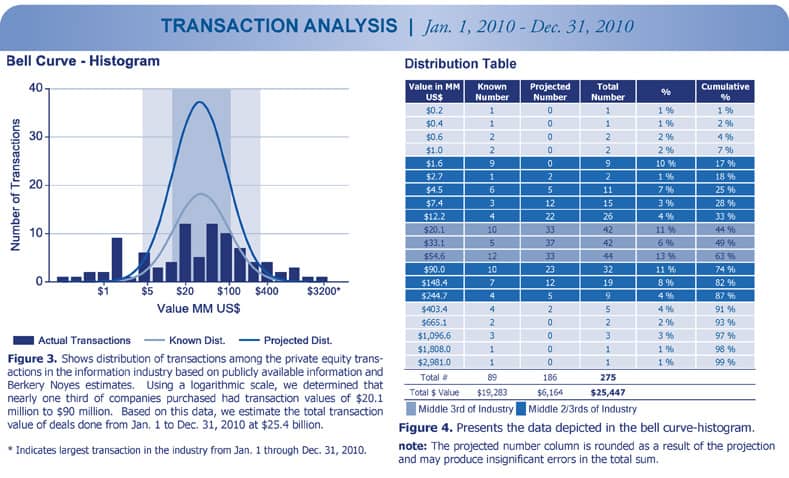 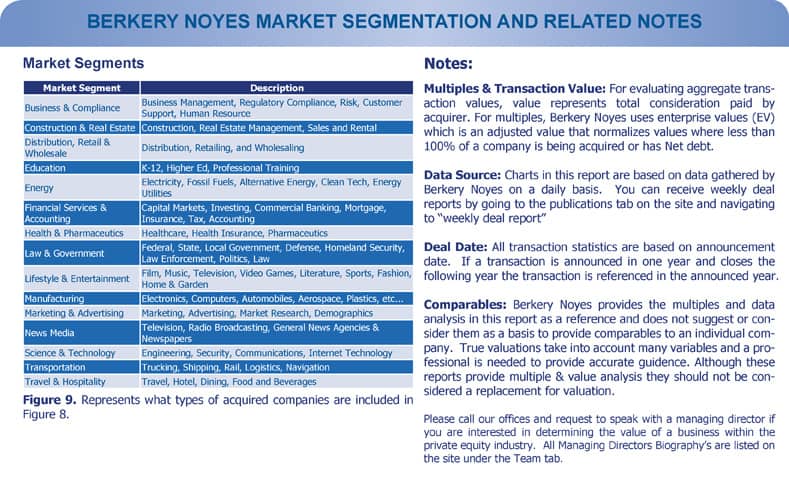 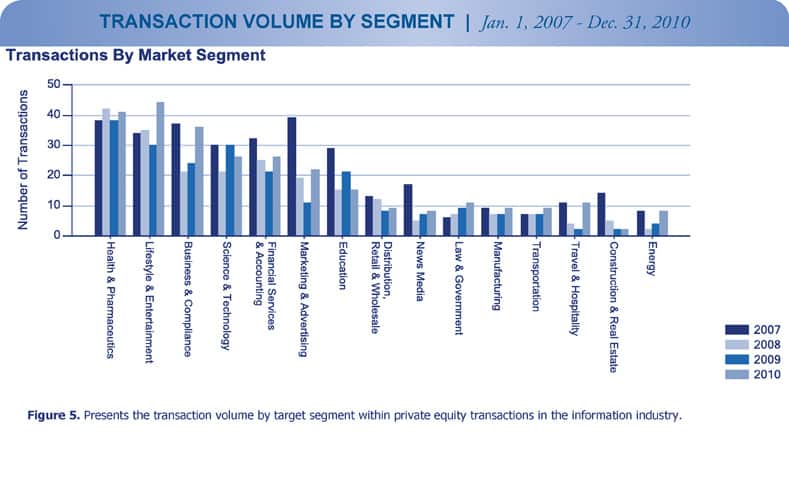 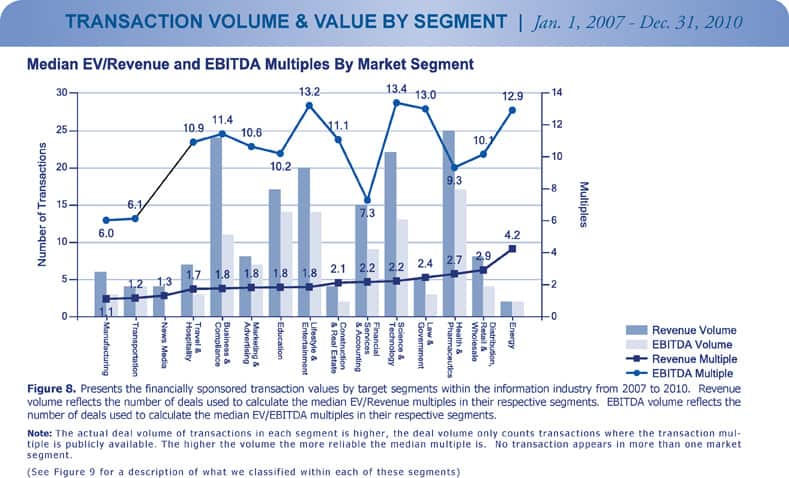 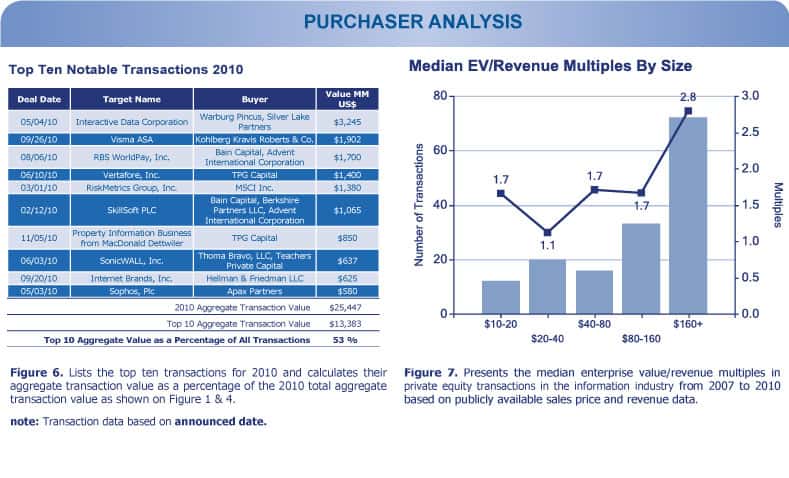 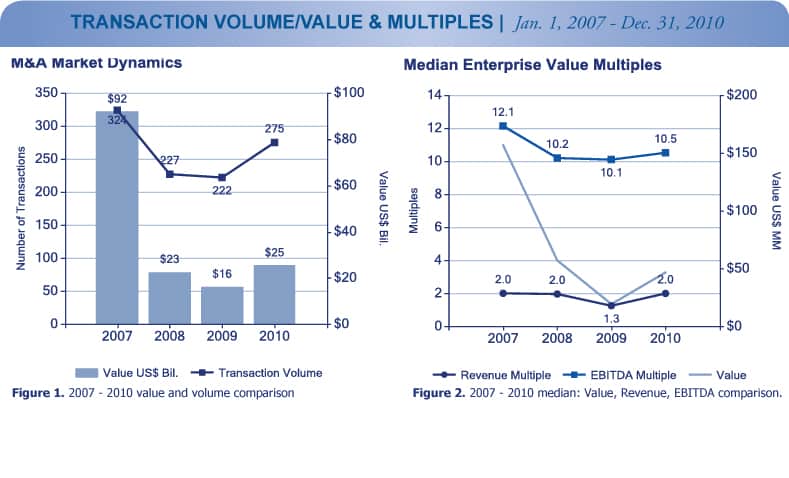