The most active buyer in Financial Technology & Information in terms of volume either purchased direct or through partner or affiliated business between 2007 and 2009 with 12 transactions was SunGard Data Systems Inc.

Berkery Noyes determined that the nearly one-third of companies sold between 2007 and 2009 received transaction values between $7 million to $33 million. 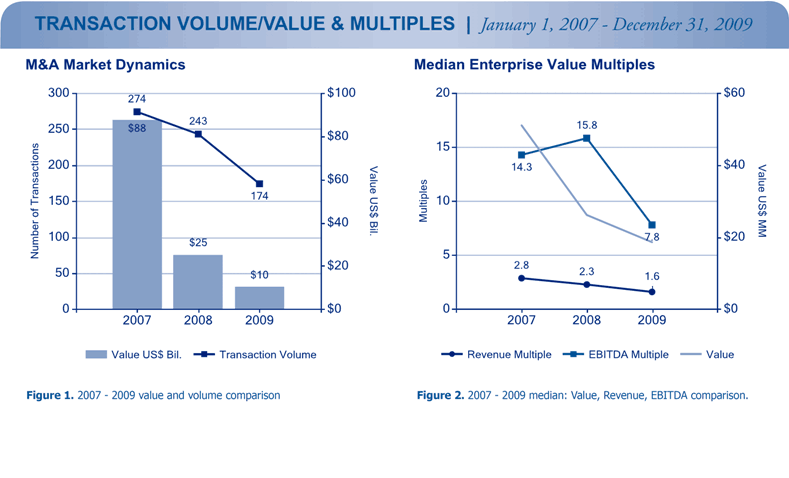 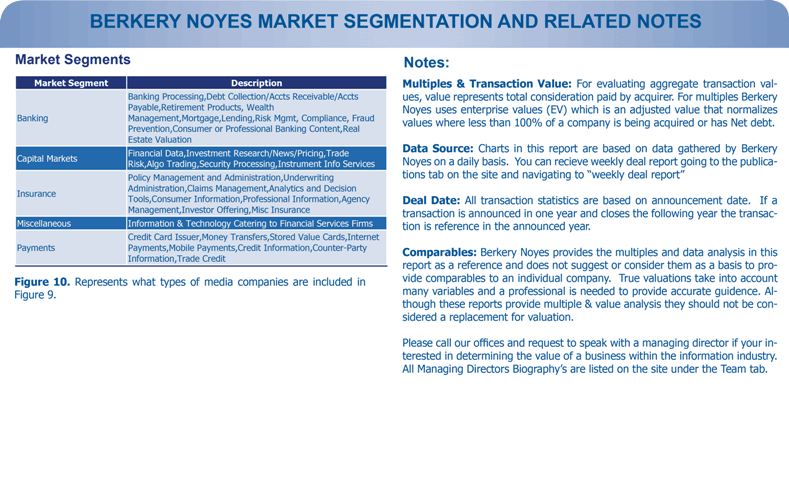 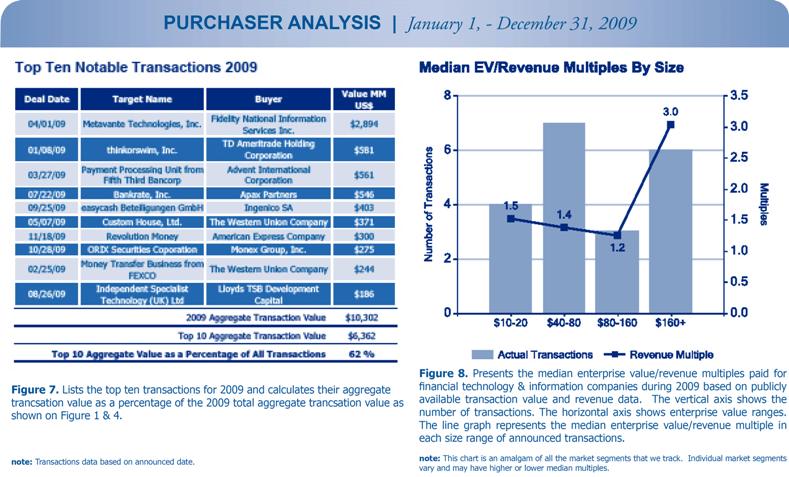 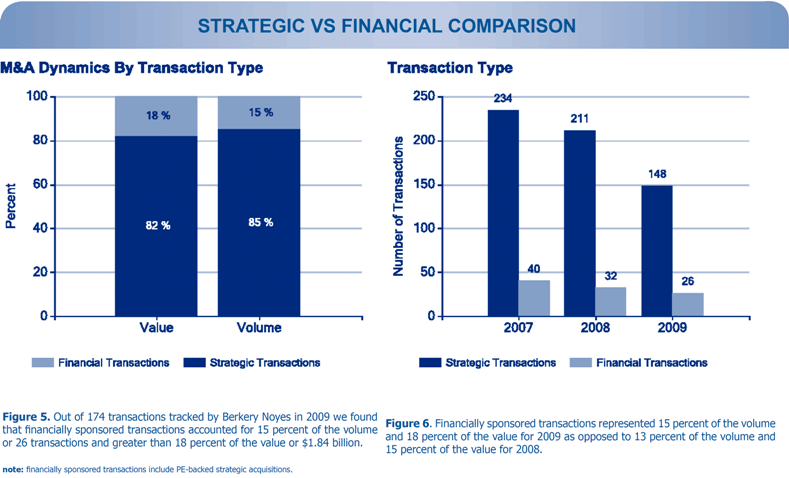 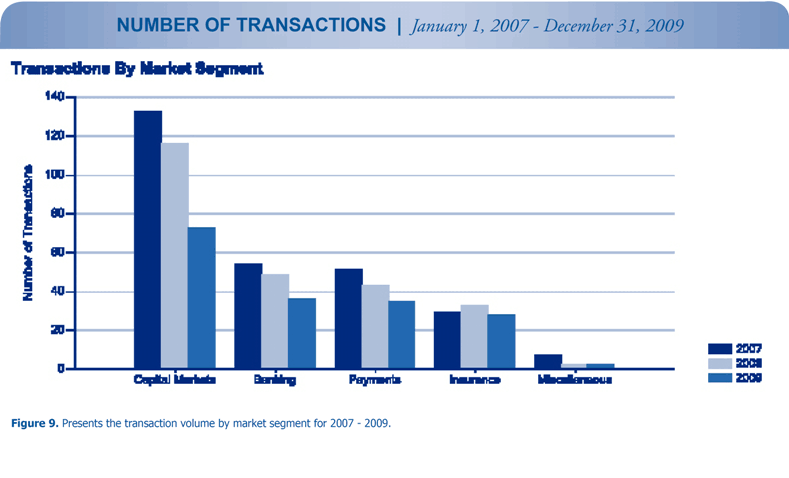 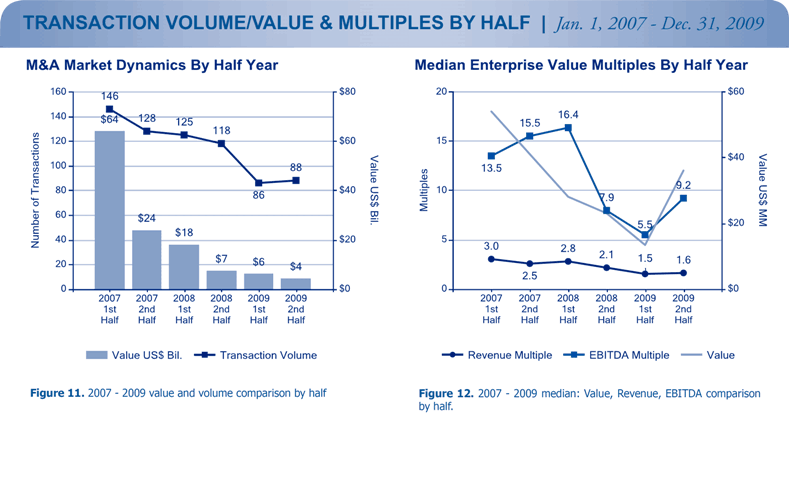 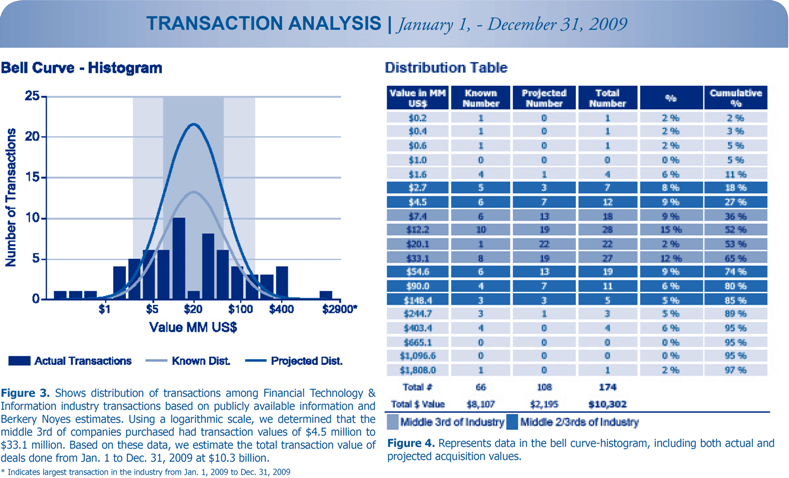