Software transaction volume decreased four percent on a quarterly basis, from 670 to 643. Aggregate value rose 36 percent, from $118.3 billion to $160.5 billion. This was the peak for value during the last five quarters.

M&A activity in the Business Software segment, which consists of software designed for general business practices and not specific industry markets, increased 11 percent from Q4 2021 to Q1 2022. The segment’s largest deal year-to-date was Thoma Bravo’s announced acquisition of Anaplan, a cloud-based enterprise platform for business planning, for $10.1 billion.

The number of deals in both the Infrastructure Software and Consumer Software segments remained about constant. Regarding value, four of the industry’s top five highest value acquisitions during the quarter occurred in these sectors.

Deal volume in the Niche Software segment, which is targeted to specific vertical markets, declined 12 percent over Q4 2021. The segment’s largest transaction in Q1 2022 was Stryker’s acquisition of Vocera Communications, which provides clinical communication and workflow solutions, for $2.9 billion. 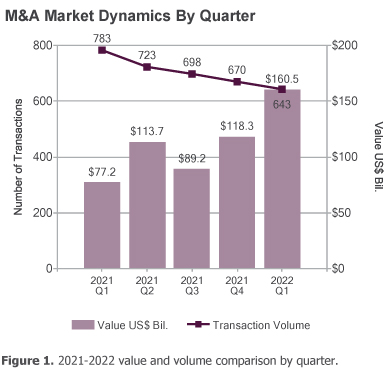 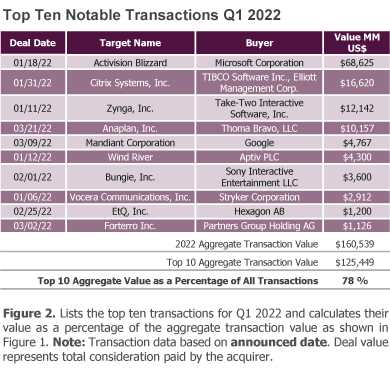 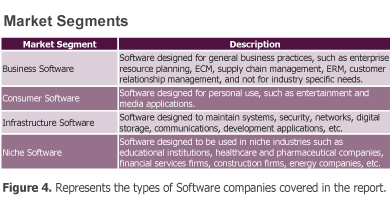