Media & Marketing transaction volume improved 13 percent over the past three months, from 270 to 303. Aggregate value declined 40 percent, from $26.4 billion to $15.8 billion.

As for other selected industry sectors, the number of B2B Publishing and Information transactions declined 28 percent, returning to its Q3 2020 level. Consumer Publishing volume, after doubling in Q4 2020, declined 25 percent in Q1 2021. Although Broadcasting M&A activity remained about constant, the segment was responsible for two of the industry’s top three largest deals during the quarter. 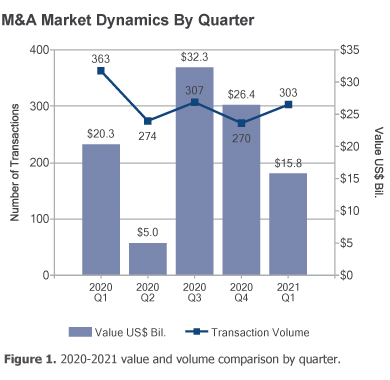 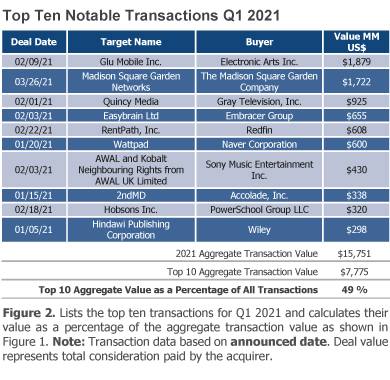 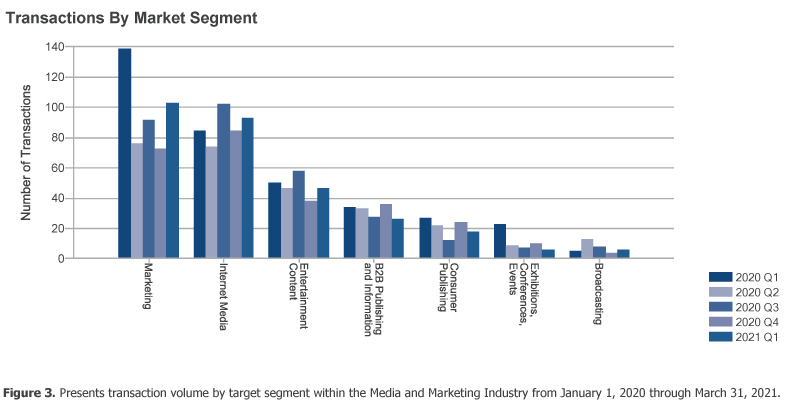 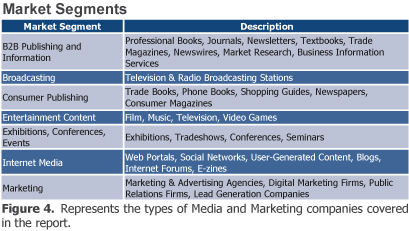