Online & Mobile transaction volume saw a two percent decline over the past three months, from 740 to 728. Deal value decreased 43 percent, from $98.9 billion to $56 billion, but nearly doubled during Q4 2019, which was its peak throughout the last five quarters.

As for specific industry markets, deal flow remained about constant in the SaaS & Cloud, E-Commerce, and E-Content segments on a quarterly basis. E-Marketing & Search volume decreased four percent, returning to its Q4 2019 level. The number of transactions in the Communications segment, after rising 13 percent in Q4 2019, declined eight percent. 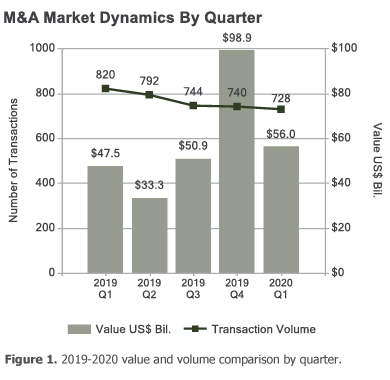 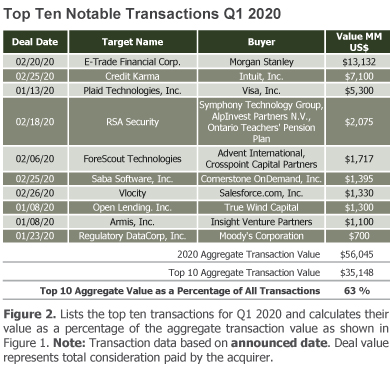 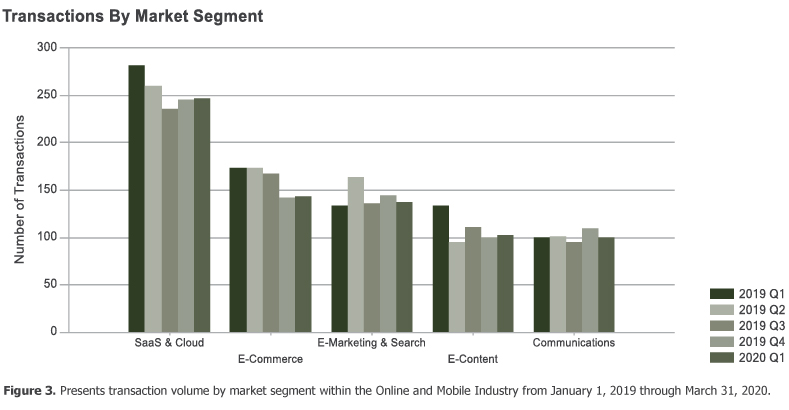