The highest value deal in 2019 was Flutter Entertainment’s announced acquisition of Stars Group, an online gambling company known in particular for PokerStars and other poker brands, for $10.84 billion.

Berkery Noyes tracked 9,024 Online & Mobile transactions between 2017 and 2019, of which 1,727 disclosed financial terms, and calculated the aggregate value to be $378.27 billion. Based on known transaction values, we project values of 7,297 undisclosed transactions to be $138.12 billion, totaling $516.38 billion worth of transactions tracked over the past three years.

Disclosed median enterprise value multiples for all segments combined in this report during the last 36 months were 2.3x revenue and 12.4x EBITDA. 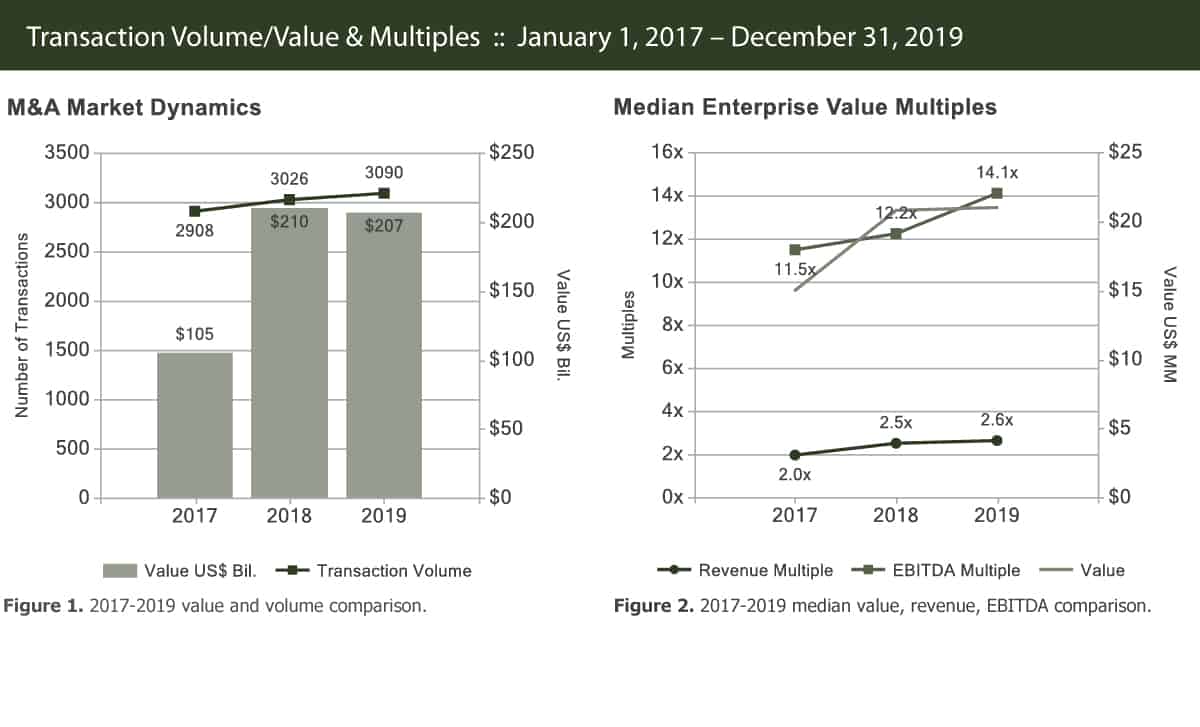 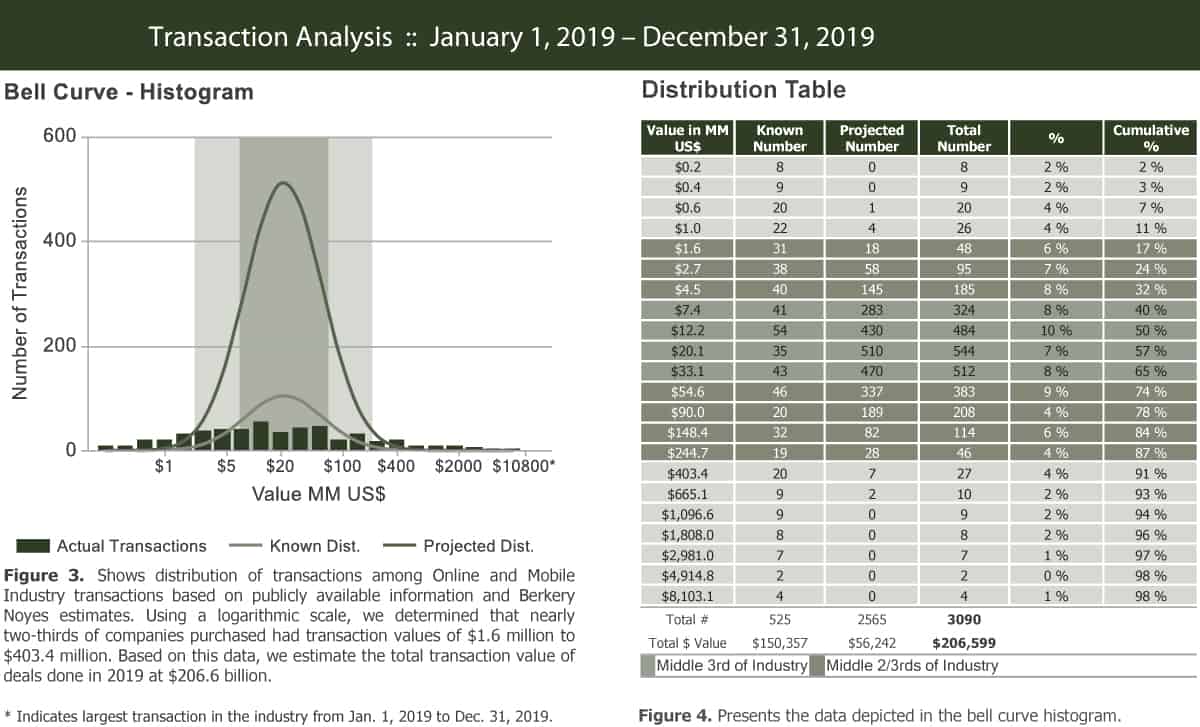 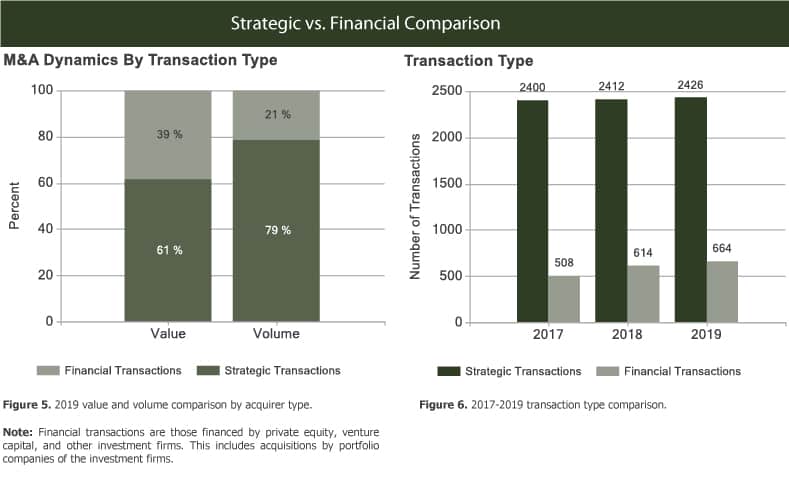 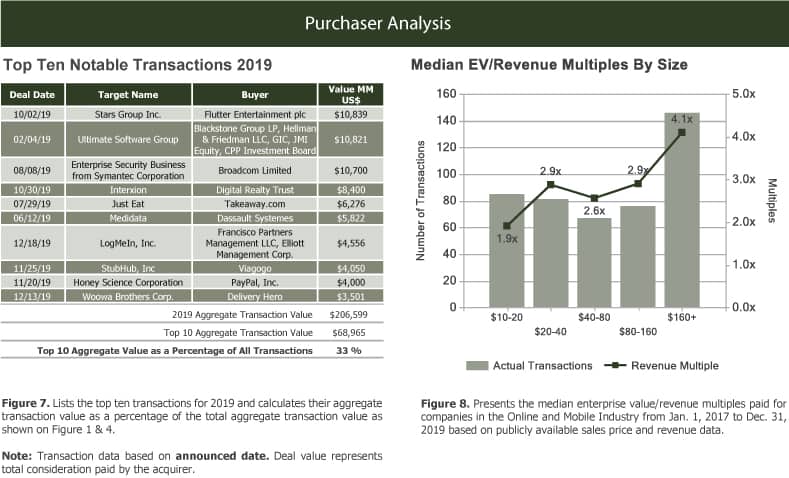 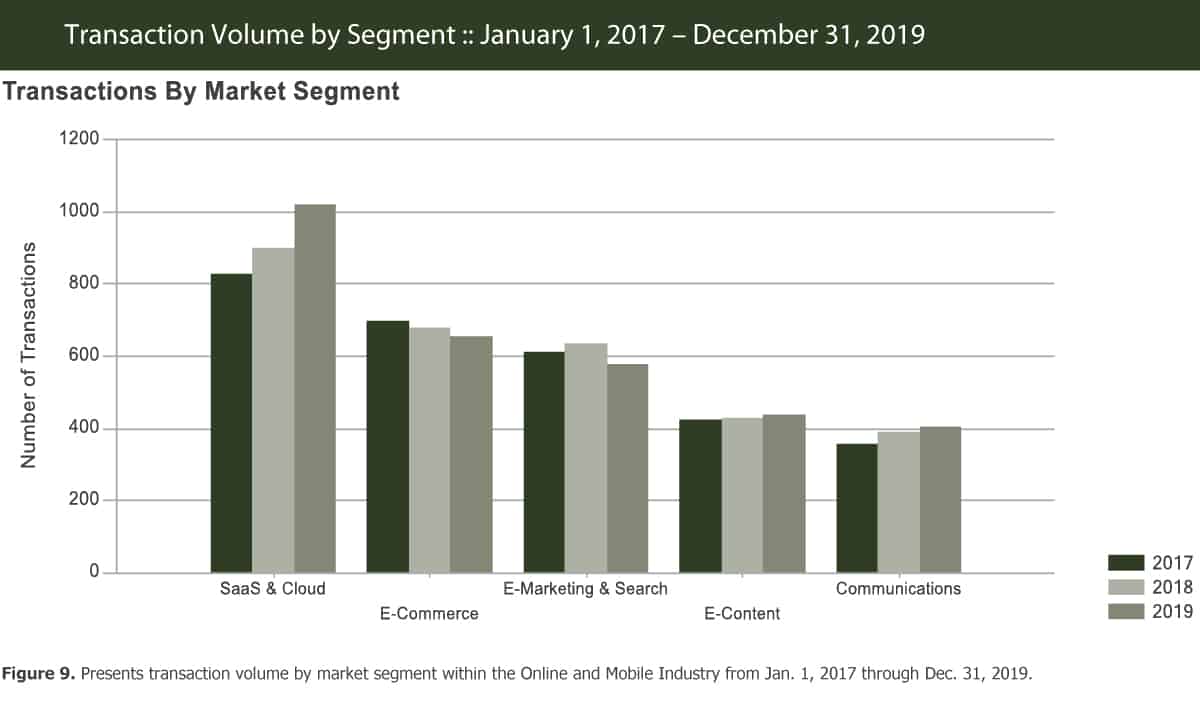