Berkery Noyes tracked 3,882 Media and Marketing transactions between 2018 and 1st Half 2020, of which 707 disclosed financial terms, and calculated the aggregate transaction value to be $207.76 billion. Based on known transaction values, we project values of 3,175 undisclosed transactions to be $53.31 billion, totaling $261.06 billion worth of transactions tracked over the past two and a half years.

Disclosed median enterprise value multiples for all segments combined in this report during the last 30 months were 2.1x revenue and 9.6x EBITDA. 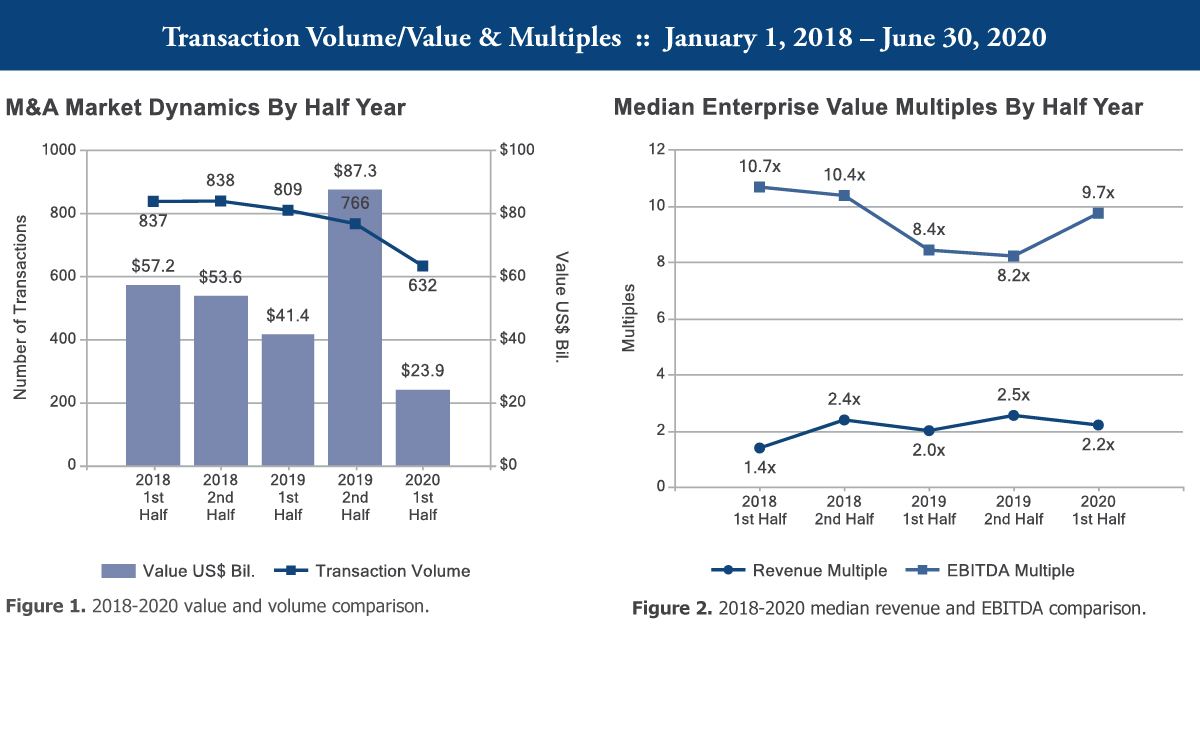 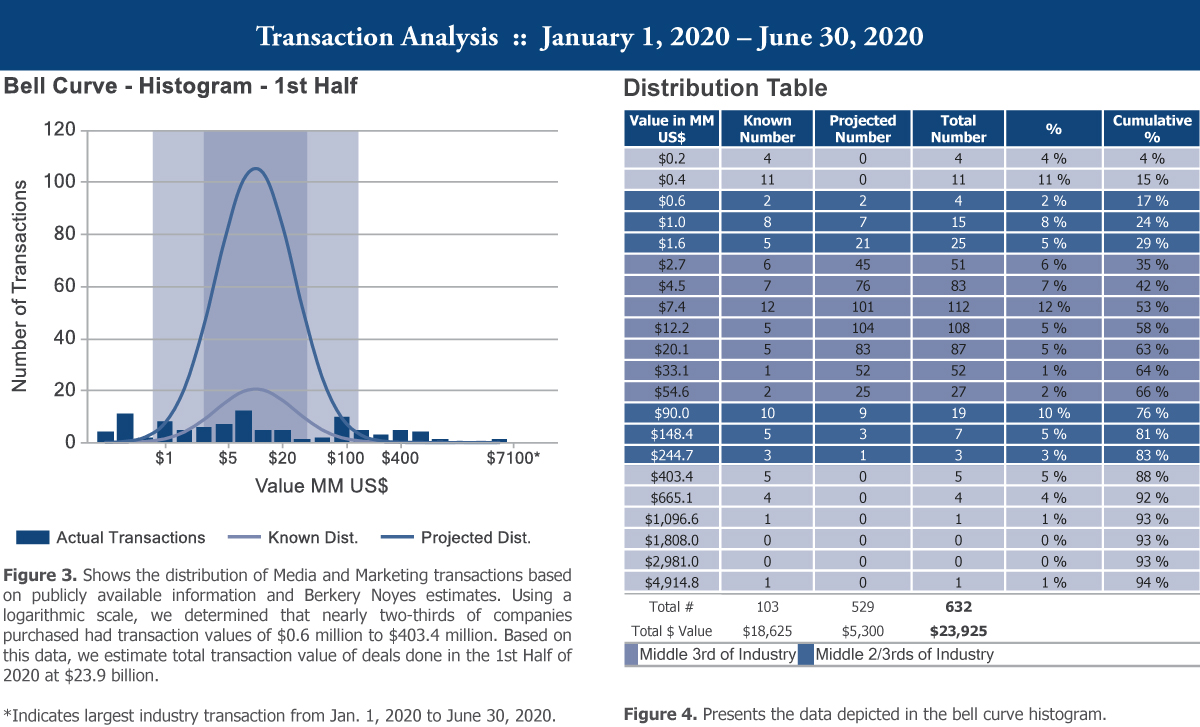 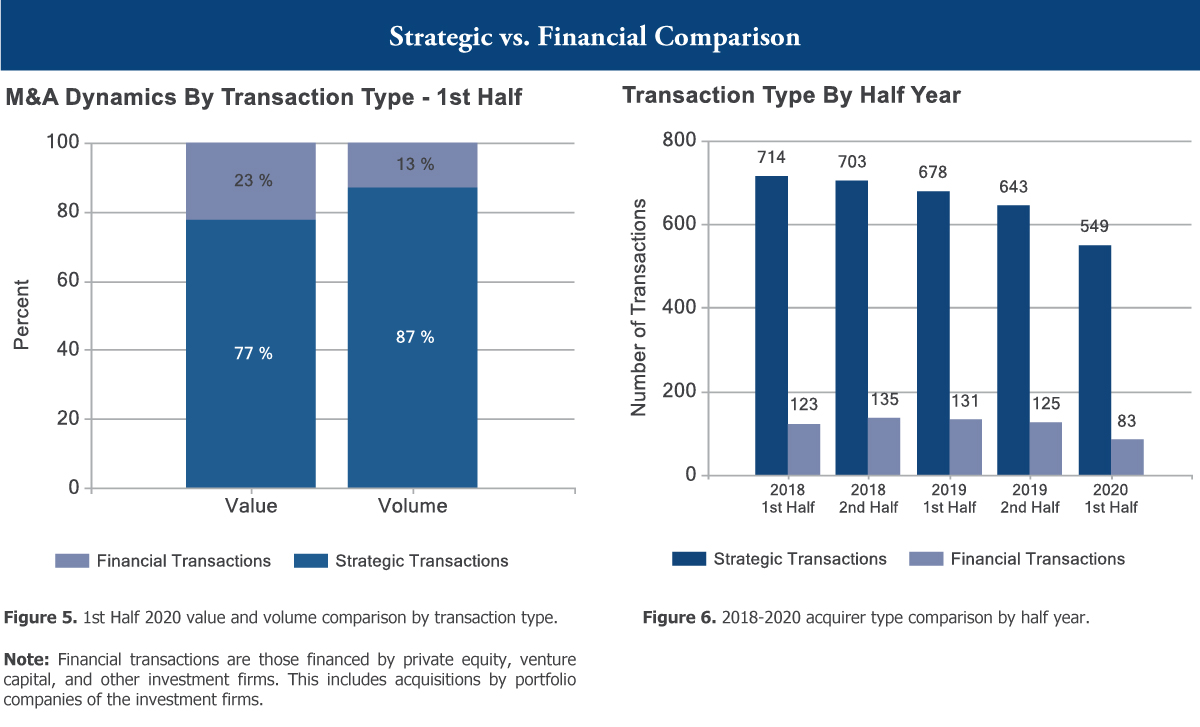 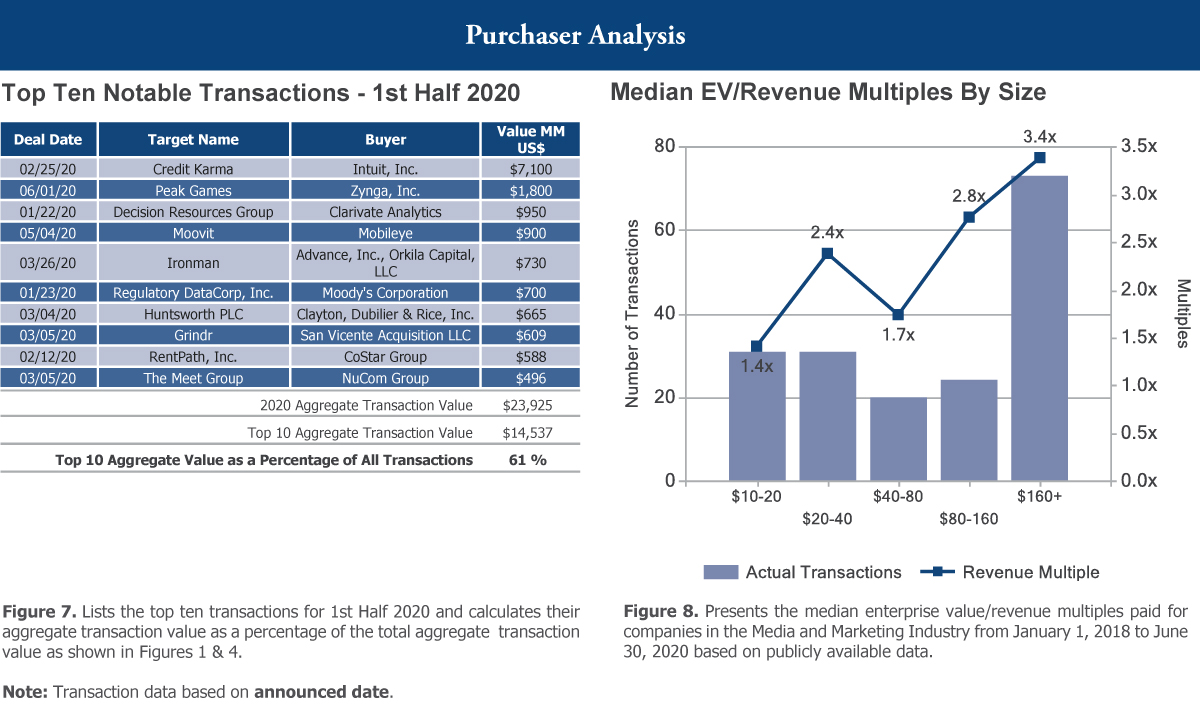 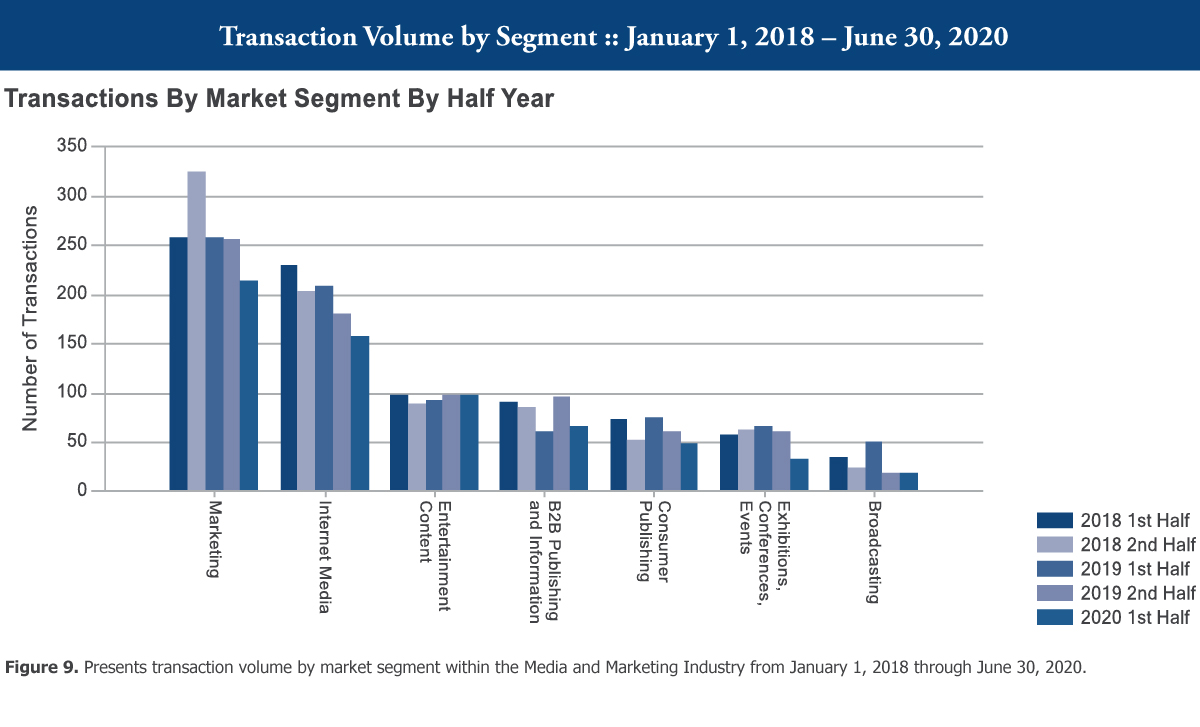