The largest deal in 1st Half 2019 was FIS’ announced merger with Worldpay Group for $42.9 billion. This was the highest value transaction ever recorded by Berkery Noyes in the Financial Technology and Information Industry.

Five of the top ten deals year-to-date occurred in the Payments segment. This included the three largest acquisitions during the half year period. These five transactions, with a combined value   of $92.43 billion, accounted for 83 percent of the industry’s aggregate value in 1st Half 2019.

Disclosed median enterprise value multiples for all segments combined in this report during the last 30 months were 3.0x revenue and 14.7x EBITDA. 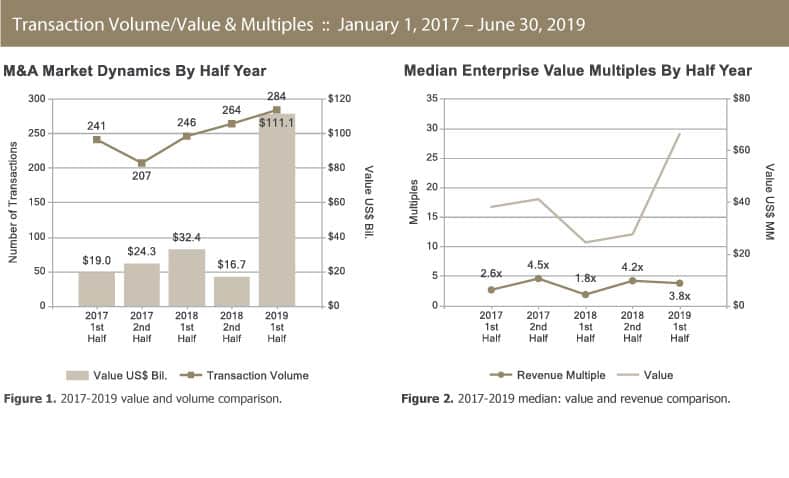 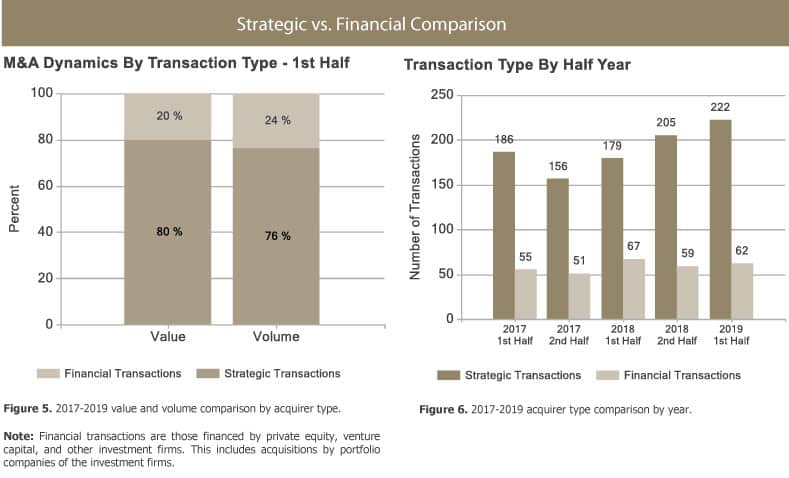 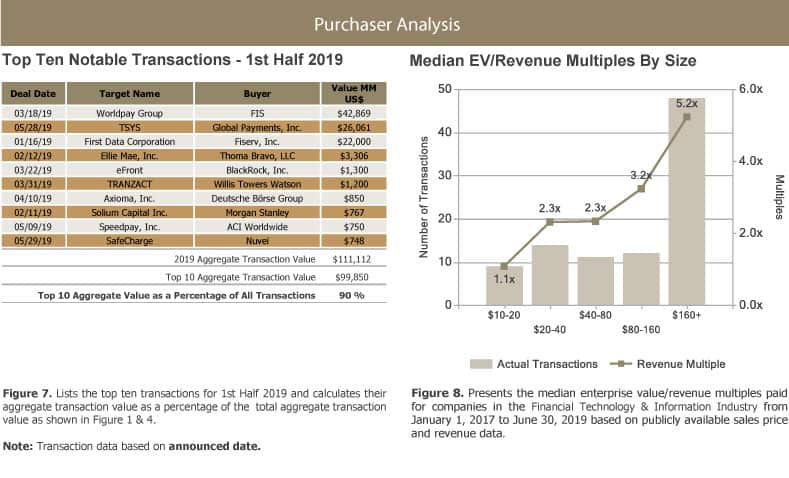 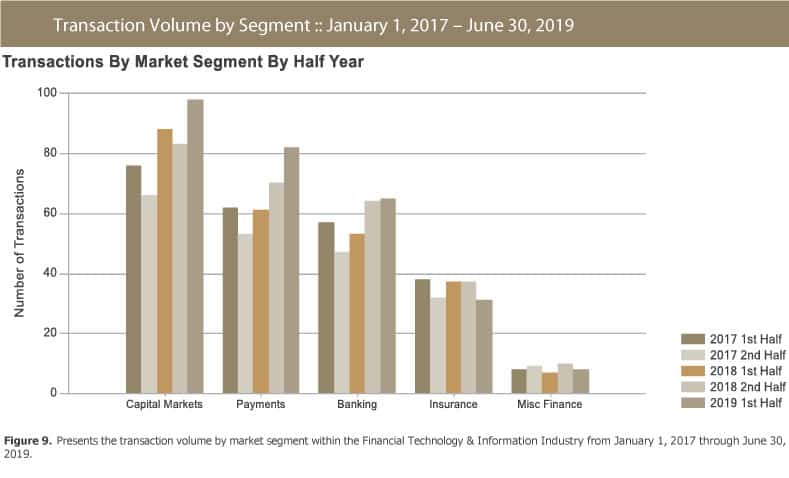