While the broader economy remains sour, our engagements with leading strategic investors and private equity firms indicate that interest remains extremely strong for education deals in 2009. Moreover, given the median size of K-12 deals over the past several years, tight credit markets should have a limited impact on most prospective deals. We have highlighted below three notable investment themes for 2009.

Tighter integration occurs between administrative and academic systems — The days of K-12 data siloes are coming to an end, driven predominantly by the reporting requirements of NCLB and the recognized impact of well-presented data’s impact on informing student instruction. Moreover, the American Recovery and Reinvestment Act’s allocation of $250 million to support implementation of statewide longitudinal data systems investment across the next two years will create a further tailwind for this integration. SchoolNet’s acquisition of CampusWare and SunGard Public Sector’s acquisition of Performance Pathways in the first quarter of 2009 confirm a trend our team has been actively tracking.

Response to intervention (RtI) moves into the mainstream — RtI is a systemic approach for helping struggling learners in the general population before they fail and face a special education referral. Combining elements of targeted intervention, formative assessment, individual learning plans and case management, and professional development, numerous companies are bringing to bear expertise in this emerging area. Many districts will seek strategies for applying their share of the $11.3 billion in additional IDEA funding to launching and/or extending RtI initiatives.

Growth in K-12 Online Services Firms Serving Districts and Schools — By the end of 2008, 44 states were directly offering some form of online learning options for students. In Florida, legislation was recently passed requiring all 67 counties to set up virtual learning opportunities for elementary and middle school students by August 2009. These–and other– initiatives are being met by a growing number of businesses providing online instructional programs, technology platforms and related services, and academic support services. Educational Options announced acquisition of Siboney Learning in the first quarter of 2009 represents one of the many deals we expect to see in this space in the coming year.

The PreK-12 markets have also witnessed a notable re-entry and expanding group of strategic buyers, buoyed by tight credit markets, and an increasing tendency of active private equity firms to over-equitize transactions and decrease their reliance on high cost of capital leveraging tools. In addition, some private equity buyers are taking advantage of captive debt funds in order to self-finance and gap-fill their investment models to complete transactions.

In addition to the themes noted, Berkery Noyes’ education practice is actively tracking trends and opportunities across 15 specific market segments, and related sub-segments in our PreK-12 market taxonomy. 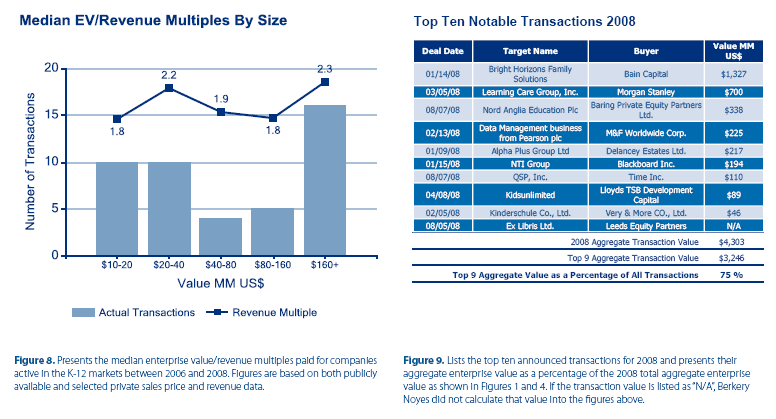 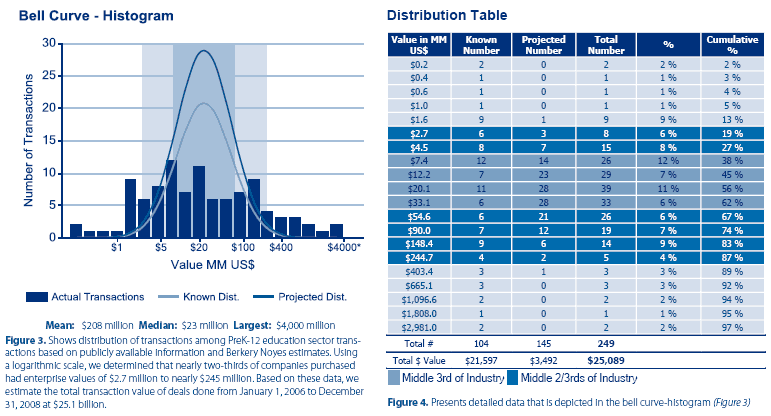 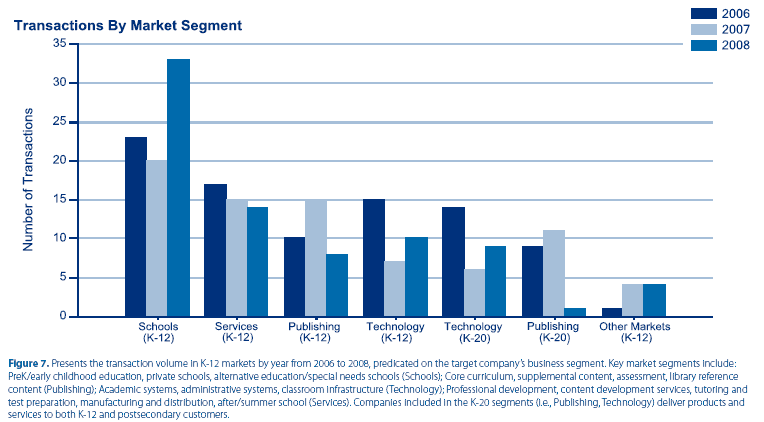 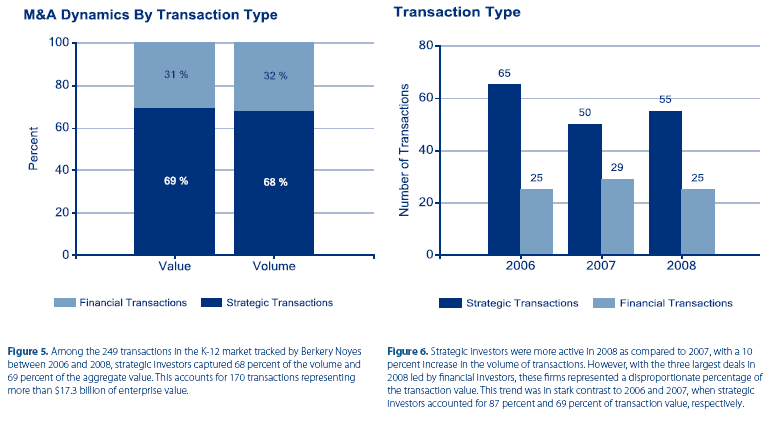