John Guzzo is a Managing Director of Berkery Noyes, specializing in the Financial Technology & Services group. He joined Berkery Noyes in 2005 and previously spent eleven years in investment banking and financial services at Giuliani Capital Advisors (formerly Ernst & Young Corporate Finance) and Ernst & Young. In addition to his investment banking background, John has also performed tax due diligence and structuring of merger and acquisition transactions within the Financial Services industry. He has worked on over 90 M&A transactions during his career, representing more than $5 billion in value.

During his tenure at Berkery Noyes, John has worked on many notable transactions, including:

In 2012, John was selected as a winner of The M&A Advisor’s 40 Under 40 Award, a highly competitive distinction bestowed upon accomplished leaders in the investment banking community. He is also frequently featured in the press and has published articles in leading trade journals such as Mortgage Banking Magazine, HousingWire, and Waters Technology Magazine.

From my first conversation with John Guzzo more than a decade ago, I instinctively and immediately knew then that he and his team at Berkery Noyes would be an integral part of my success strategy when the time arrived to sell my company. I remained perpetually confident in his counsel, appreciative of his patience, and impressed with his extensive network and industry experience. A strategic acquisition was critical because my company was a niche financial services software company. John and I discussed on many occasions that a shopped, open market bid for a random purchaser was not appropriate for my clients' long-term interests. If an opportunity arose, he knew what would work.

Not only did Berkery Noyes bring me the perfect buyer from a business perspective with the complete set of purchaser attributes that I wanted, but John's skill in negotiating also resulted in achieving all my requirements for terms and conditions. The closing was flawless, and the transition process has been entirely smooth. Having founded and built my company over the past thirty-five years, I am thrilled for the pinnacle of success and recognition of achievement culminating in an exit at the peak of value, made possible by John Guzzo and his team. I wholeheartedly and enthusiastically endorse John Guzzo and the Berkery Noyes team of professional resources.

The Berkery Noyes team, led by John Guzzo and Jason White, were outstanding. Berkery impressed us with their knowledge and many previous deals in our space. As we considered going to market they never pushed but were great listeners and provided valuable advice. Once we made the decision to have them represent us, we found them to be well organized, proactive and incredibly responsive throughout the entire process. We couldn’t be happier with the outcome. They were great advocates and savvy deal makers. I would highly recommend Berkery to anyone considering an Investment Banker.

Great Execution – Despite a Pandemic!

The Berkery Noyes team’s performance during the recent auction process of our company was, in a word, exemplary.

Led by John Guzzo and Ryan Adler, the team impressed us from the very beginning as during the interview process it became evident how well the team understood our market including key participants, recent deals and potential buyers. Soon after we selected BN as our banker, the COVID pandemic hit. Immediately, all parties agreed that the process should be suspended. In May, we restarted the process and, under the direction of John and Ryan, proceeded along the carefully choreographed steps they had outlined for us. By following their advice, we were able to generate strong interest amongst a broad array of both strategic and financial buyers. From the fireside chats through the due diligence process, everyone worked together as a cohesive team resulting in a transaction that has left our shareholders extremely satisfied and a buyer that feels that they were the lucky one.

We strongly recommend the Berkery Noyes team to any mortgage industry company considering enlisting the services of a banker.

When we were ready to sell our Company in the appraisal management space, we evaluated a few investment banking groups. Berkery has a great reputation and seemed to have a relationship with all the significant players in the space. After selecting Berkery and working closely with John Guzzo and his team, they not only brought a large network of potential buyers, they 1) ensured our Company was ready for a thorough diligence process, 2) helped us negotiate terms in a unique and difficult transaction environment and most importantly 3) got the deal closed. I highly recommend John and his team and hope to work with them again in the future.

The experience that John Guzzo and his team at Berkery Noyes has in the appraisal management and broader mortgage technology space was a major factor in the board of United States Appraisals selecting Berkery Noyes to represent us in a sale process. We wanted an investment banker with experience selling similar businesses and one that had personal relationships with likely buyers of United States Appraisals. John and his team’s industry experience proved valuable in identifying the best buyers and positioning the company for success in the sale process. The team was great to work with in the execution phase of the transaction all the way through closing.

When we were searching for the right banker to represent us, we looked no further than Berkery Noyes and John Guzzo given his deep network and experience in the mortgage services and fintech space. We were not disappointed. John’s team worked tirelessly with us to put together a compelling package. John’s negotiation skills were a blessing to merge all the diverse personalities and business lines into one successful deal. Moreover, John took the time to understand our needs and wishes and compassionately helped us ride the emotional roller coaster that is inevitable in any M&A transaction. Working with John felt like a lifelong friend was helping us find the right fit for our company.

John Guzzo is an exceptional negotiator and dealmaker – I can’t think of wanting anyone else in my corner for any transaction in the financial technology or mortgage lending space. John’s industry knowledge, his deep experience in closing deals, and his uncanny understanding of people and their motivations, make him a most valuable resource to have on your side. John worked with our ownership team patiently and strategically before our deal consummated – and it never would have happened without his steadfast focus and tenacity. He’s the best in the business and I recommend him without reservation.

Having known John for almost a decade, I didn’t consider hiring another advisor when looking for buy-side support for a transaction in a mortgage-related space. John has deeper experience and networks in the sector than any other banker. His intellect and honesty make him a trusted advisor to both buyers and sellers. The relationship with John and his team at Berkery Noyes played a huge role in facilitating a very successful execution.

John Guzzo provided very good and valuable insights and industry knowledge with integrity and transparency. He was spot on in his thought process and advice in providing overall guidance to lead us to a successful outcome. We'd highly recommend John and Berkery Noyes and would definitely work with them in the future if the opportunity presented itself.

John Guzzo and Berkery Noyes changed our lives. After many years of casual conversations about the mortgage industry, John thoughtfully approached us with a promising opportunity to share our success story with a highly respected investment firm. The investment firm’s quality and sincerity made us quickly realize the potential of a very bright future. Within months, we successfully entered into an agreement that will dramatically impact the competitive advancement of LoyaltyExpress as well as the peace of mind that comes with personal wealth.

John and Jason were professional and effective to the point where I feel as though I’ve made life-long friends. The process unfolded just as they said it would, ending in a successful deal with the right buyer. Without John and his team, our deal would not have happened. Period.

We feel extremely lucky to have had John and his team working with us throughout the entire deal process. He and his team fought hard and consistently to help us find the best possible outcome that matched our own objectives for the business. He and his team’s leadership were a critical component that enabled us to succeed, and I can’t recommend him enough – we would definitely work with him again in the future.

John and his team were spectacular. They were knowledgeable, efficient and highly skilled in keeping the process moving from the initial gathering of information for the offering memorandum through the final contract negotiations and closing. In particular, they were able to navigate through the diverse personalities and issues that required skilled negotiation and objectivity. I would definitely use them again and highly recommend John and his team.

John Guzzo and his team were a very important component in completing our transaction. John’s professionalism and dedication was continually on display throughout the process. At all times from the beginning to the end, John provided guidance, vision and much valued counsel. I cannot speak highly enough about the value John and his team bring to the table.

I can't speak highly enough about John and his support team at Berkery Noyes. John is immersed in the banking and compliance technology sectors, and it was his persistence and professionalism that steered the sale to a successful conclusion. His integrity and openness made it a pleasure to work with him. We look forward to continuing to enjoy the personal friendship that developed along the way.

The commitment, drive and integrity demonstrated by John and his co-workers during the process were, without question, of the highest order. At every step during the process John and his team dug deep into the details, whether it was financial reports, customer analysis or final closing documents, they simply left no stone unturned. John's advice and counsel was invaluable and never once did I believe it was self-serving; he truly had the best interests of our company, the employees and customers as his primary concern.

John did a terrific job driving and navigating this deal. It was great working with him and his team.

Our advisor John Guzzo and his team were tireless in their pursuit of this deal. They are seasoned M&A professionals who are extremely knowledgeable of the potential buyers and industry trends. Berkery Noyes provided invaluable guidance and deal support every step of the way, which resulted in a successful transaction and outcome to all parties.

John and his team did an incredible job of maximizing value in a complicated private equity exit. They provided several compelling options to the selling shareholders and ultimately closed a transaction with a strategic buyer. John’s sell-side M&A experience and sage advice helped manage the transaction to a successful close. 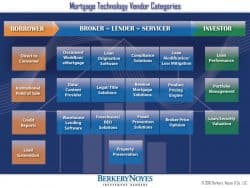 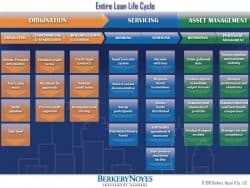 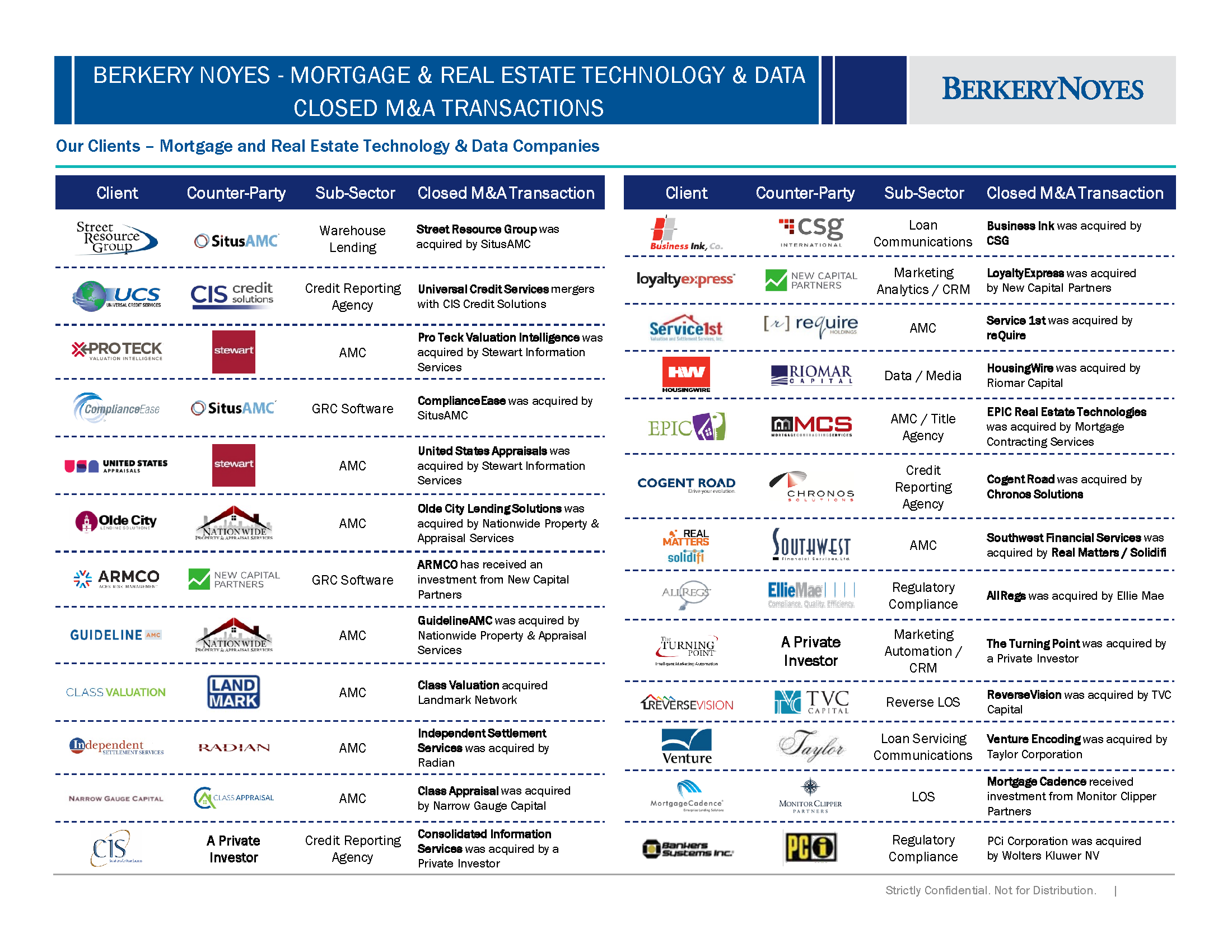 Thank you for Contacting Us!

We will review your message and get in touch with you in less than 24hrs. In the meantime, do you want to subscribe to receive our Berkery Noyes Reports?
This site uses cookies: Find out more.
2a6a2d92-1a8d-4743-a72c-36dda2fc075b